Pre-registrations of Tom and Jerry: Chase, a fast-paced and wild 1v4 battle mobile game for Android/ iOS, is now available for players in Thailand, Indonesia, the Philippines, Malaysia, Singapore, Laos, Cambodia, Myanmar, Brunei, and East Timor.   (Indonesia and Malaysia Google Play Store is not included this time. Players in these two countries can still except another Closed Beta Test.) 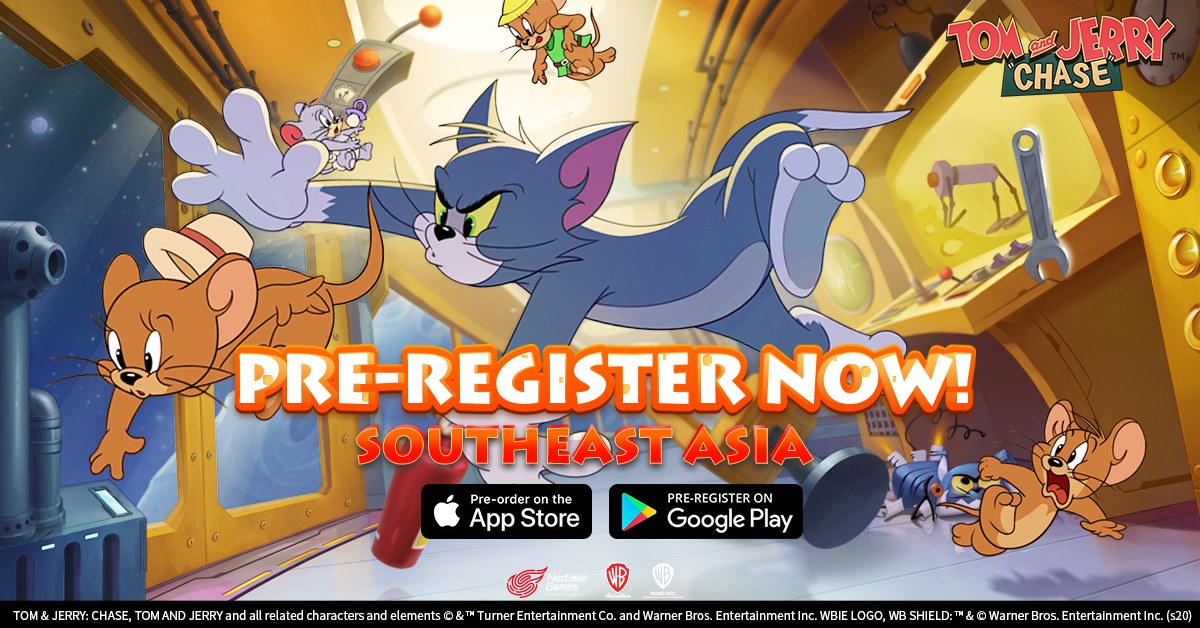 The fast-paced and wild gameplay promises to make Tom and Jerry: Chase one of the games to watch this summer. Select one of two sides and unleash your wild side. Join the quick-witted mice in their efforts to team up and snatch up cheese while making fun of the cat. Or join the cat side and go it alone to fool mice and turn the tables. Players can enjoy a fast and frantic duel within just eight minutes, anytime, anywhere.

Cute characters and exquisite graphics are also highlights of this game. Tom and Jerry: Chase brings all the beloved childhood characters from this Oscar®-winning cartoon to life. Choose from a large cast of characters including, Tom, Jerry, Tuffy, Spike, and more! In-game items and drinks not only help players revisit classic scenes from the cartoon but can also help in turning the tables on your opponent. Select your character, use special tactics and items, and create your own Tom and Jerry story.

The easy-to-understand game rules and simple interface make Tom and Jerry: Chase suitable for players of all ages. Also, to better cater to the needs of Southeast Asia players, the game minimized the package size and optimized the network connection after the Closed Beta Test.

For those itching to get in on the action, a pre-registration event for Tom and Jerry: Chase starts today.

To celebrate the pre-registration launch, a special event is being held. When the total number of pre-registrations reaches certain thresholds, all players will receive special in-game rewards.

Those who wish to take part in this exciting new mobile game can sign up for the pre-registration event here: www.tomandjerrychaseasia.com

Warner Bros. Interactive Entertainment, a division of Warner Bros. Home Entertainment, Inc., is a premier worldwide publisher, developer, licensor and distributor of entertainment content for the interactive space across all platforms, including console, handheld, mobile and PC-based gaming for both internal and third party game titles.